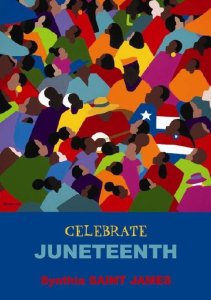 Bennett College was founded by Free Enslaved Americans who wanted more opportunities for their descendants. We are grateful the Creator of the Kwanzaa Stamp World Famous artist 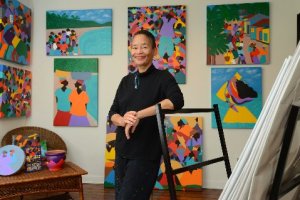 Bennett College was founded August 1, 1873 as a normal school for seventy African-American men and women (freedmen or former slaves). The school’s founder Albion W. Tourgee was an activist in the second half of the 19th century who championed the cause of racial equality. The school held its inaugural classes in the basement of Warnersville Methodist Episcopal Church North (now St. Matthew’s United Methodist) in Greensboro. Bennett was coeducational and offered both high school and college-level courses, in an effort to compensate for the lack of educational opportunity for many blacks. The year after its founding, the school became sponsored by the Freedman’s Aid Society and Southern Education Society of the northern Methodist Episcopal Church. Bennett remained affiliated for 50 years with the Freedman’s Aid Society. In 1878, freedmen purchased land for a future college campus (this is the current site). Hearing of what was being done, New York businessman Lyman Bennett provided $10,000 in funding to build a permanent campus. Bennett died soon thereafter, and the school was named Bennett Seminary and a bell was created in his honor. Hearing of Bennett’s philanthropy his coworkers continued his mission by providing the bell for the school.[6]

In 1888, Bennett Seminary elected its first African-American president, the Reverend Charles N. Grandison. Grandison spearheaded a successful drive to have the school chartered as a four-year college in 1889. Two of the first African-American bishops of the Methodist Episcopal Church were graduates of the college, including Robert Elijah Jones, an 1895 graduate and brother of future president David Dallas Jones. Under the direction of Reverend Grandison and succeeding President Jordan Chavis, Bennett College grew from 11 undergraduate students to a total of 251 undergraduates by 1905. The enrollment leveled out in the 1910s at roughly 300.

In 1926, David Dallas Jones was installed as president of the new women’s college. Under his leadership, the college expanded, reaching an enrollment of 400. It became known in the black community as the Vassar College of the south, and Jones recruited faculty, staff and student body, from all cultural and ethnic backgrounds. Although his leadership of the college was very accomplished, it was also marked with controversy.

In 1937, Bennett students protested downtown Greensboro movie theaters because of the depictions of black women in film and segregation of movie theaters (the latter required by state law of the time). President Jones’ daughter Frances Jones, a freshwoman, led the protest. This protest during the Great Depression, with Jim Crow ruling in the South, was a catalyst for Jones to be visited by the FBI and other government agencies. They were concerned about communist and leftist activities and ordered him to prohibit the students from protesting. Jones refused. At his invitation, First Lady Eleanor Roosevelt came to the college on March 22, 1945 to meet with an integrated group of school children from Greensboro. Other visitors to the campus included Benjamin Elijah Mays, former Morehouse College president; poet Robert Frost and writer James Weldon Johnson. Jones led the college for almost 30 years until he became ill in 1955, when he named Willa B. Player interim president.[6] Note: (Bennett’s brother college is Morehouse College in Atlanta, Georgia. This relationship developed through the historic friendship of David Dallas Jones and Benjamin E. Mays.)

In October 1956, Willa Beatrice Player was inaugurated as President of Bennett College. She was the first African-American woman to be president of a four-year, fully accredited liberal arts college or university. During Player’s tenure, Bennett in 1957 was one of the first historically black colleges to receive accreditation from the Southern Association of Colleges and Schools (SACS). On February 11, 1958 she allowed civil rights leader Rev. Martin Luther King Jr. to speak at the school; he was prohibited by the city from speaking publicly anywhere else in Greensboro. His speech was entitled, “A Realistic Look At Race Relations,” and was delivered to a standing-room-only audience at Annie Merner Pfeiffer Chapel on campus. Player said about this visit, “Bennett College is a liberal arts college where ‘freedom rings,’ so King can speak here.” King, Howard Thurman and Benjamin Elijah Mays inspired Bennett Belles during President Vespers series to lead civil rights protests in Greensboro.[6]

In February 1960 students from Bennett College and North Carolina A&T began a civil rights protest in downtown Greensboro. Bettye Davis, class of 1963, committed to sitting at the white-only lunch counter of F. and W. Woolworth‘s variety store with students from A&T and to return until it was integrated. On February 4, 1960, close to a dozen “Bennett Belles” were arrested due to their continuing protest at Woolworth’s.[8]

On April 22, 1960, The Daily News of New York broke the story of the arrests nationally with front-page headlines and a picture of well-dressed female students awkwardly entering the back of a paddy wagon without assistance from the police officers surrounding it. It reported that Greensboro police were surprised by the behavior of “Bennett Belles,” who were considered refined young women from an “elitist finishing school” in the Greensboro community. At the peak of the sit-in movement, more than 40% of Bennett’s student body was jailed.[8] Player personally visited students in jail, carrying their assignments to them so they would not fall behind in their studies.[9]

Willa B. Player, the activist president, led Bennett until 1966, after which Isaac H. Miller succeeded him. His father had been an administrator at Bennett during former President Frank Trigg’s tenure.

Miller maintained the “Bennett Ideal”, despite social changes of the late 1960s, during which students protested strict dress codes, disciplinary policies, and curfew. During the 1967-68 school year, freshwomen walked out of dormitories 1 minute before curfew. Students took over the student union demanding change. Miller surrounded the buildings with campus security, and brought in family and sleeping bags, changing the protest to a campus-wide sleep over. Students were required to wear dresses or skirts, hats and gloves until the early 1970s.[6]

Miller collaborated with other colleges and universities in Greensboro to form a consortium which expanded Bennett’s academic program offerings by giving students access to other local universities. His administration developed the Biomedical research and interdisciplinary studies programs, along with a bridge program in conjunction with Meharry Medical College of Nashville, Tennessee. He collaborated with other HBCU presidents to establish the National Association for Equal Opportunity in Higher Education, serving on the first board of directors. Miller’s plans were supported by alumnae, who increased material and fiscal resources. Bennett’s endowment grew and four new buildings were constructed on campus. Miller served as president for 21 years, the second-longest presidential tenure in Bennett College history and during a period of considerable social change. He retired in 1987. Gloria Randle Scott became Bennett’s 12th president and its second woman in that position.[6]

Gloria Randle Scott started as President of Bennett College on July 1, 1987. She developed offerings with additional programs. She established the Women’s Leadership Institute, and the Center for African Women and Women of the African Diaspora. Bennett admitted new African immigrants as well as students who were residents of Africa. In 1989, poet and activist Maya Angelou was installed as a member of the board of trustees. Scott was President of Bennett for 14 years before retiring in 2001.[6]

In June 2002 came big changes for Bennett College. The school was revitalized and much needed renovations were made to campus buildings under the leadership of Sister President Emerita Johnnetta B. Cole who spearheaded a $50 million campaign. Also under her leadership the New Academy – an academic program, the Johnnetta B. Cole Diversity and Inclusion Institute, and an art gallery were added to expand the culture of the college. Dr. Cole also enhanced the study abroad program. Health and fitness were added to encourage students to learn to lead healthy lives. Numerous prominent figures spoke at the campus and some helped raise funds for its operations. Former President Bill Clinton, former US Senator Robert Dole, trustee emerita Maya Angelou and Oprah Winfrey have assisted in fundraising. The campaign closed successfully at the end of Cole’s tenure on June 30, 2007.[6]

On July 1, 2007, Julianne Malveaux became President of Bennett College. She has led a $21 million expansion and renovation project of the college. She increased enrollment, added four new buildings, including a multimedia center, and renovated additional buildings. Malveaux enhanced the overall academic curriculum, which focuses on women’s leadership, entrepreneurship, communications, and global studies.[citation needed]

On July 1, 2012, Esther Terry ’61 became the first alumna to lead the college. Already serving as the College’s provost, Terry was made interim president for a full academic year. During the May 2013 commencement ceremony, the Board of Trustees announced Terry would be officially termed as 16th President of Bennett College.

Since 1930, Bennett has graduated more than 7,000 students, affectionately known as “Bennett Belles.”[citation needed]